Flutter vs React Native: What to Choose 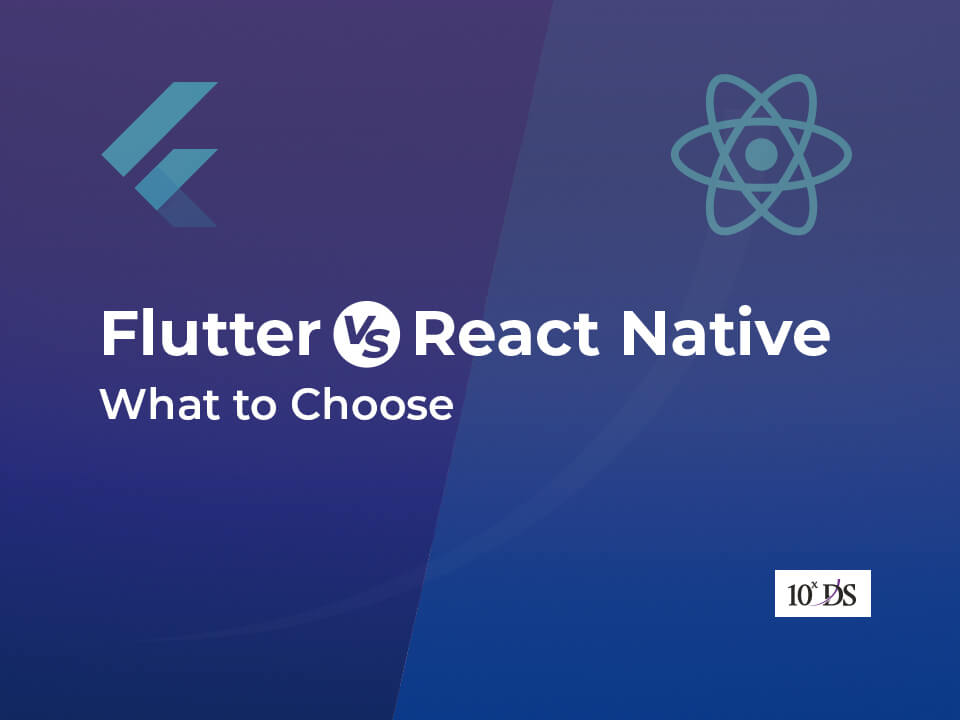 Flutter vs React Native: What to Choose

The increasing popularity of mobile applications has urged several businesses to launch one or multiple mobile apps to stay competitive in the market. In fact, most companies are on the lookout for app development technologies that will enable them to build mobile apps for both Android and iOS platforms with fewer resources and faster speed.

What is React Native and Flutter

React Native can be defined as an internal project started by Facebook, which was open sourced in 2015. On the other hand, Flutter is a project that was started by the search engine giant Google and Flutter has been heavily promoted since 2017.

It is true that both Flutter and React Native are ideal for building cross-platform applications at a faster pace with just one single programming language. However, each technology has its own peculiarities, which is why you will need to compare them to identify the right technology for your cross-app development project.

React Native makes use of JavaScript or ReactJS to be precise. ReactJS can be described as a JavaScript library that can be used to build user interfaces. Web developers love to work with React Native because they find it simple to use.

JavaScript was also identified as the most used programming language for eight consecutive years as per the Stack Overflow 2020 developers’ survey. As a result, businesses will be able to train or assemble a React Native development team with ease.

Dart closely resembles other common OOP languages like C++ and Java. So, if you are familiar with either Java or C++, then you will be able to easily pick up and understand Flutter. App developers these days prefer Dart over JavaScript, as per Stack Overflow.

React Native allows communication between the native language and JavaScript through the JavaScript bridge. The two sides will communicate by sending JSON messages. Since it is asynchronous messaging, the UI of the application will be smooth. That said, the JavaScript bridge might impact the rendering speed, which may result in a lagging UI.

On the other hand, Flutter does not need any bridge for communication with the native components. In fact, Flutter has packed everything within itself, and it includes frameworks such as Material Design and Cupertino. As a result, apps built with Flutter are more predictable and stable when compared to apps created to React Native applications.

The configuration process of React Native is simple and straightforward. In fact, you will be able to globally install React Native CLI simply through the command line. However, you will need to install Yarn and NodeJS as a package manager.

Developers who are planning to use Flutter will have to download the binary for the specific mobile platform. Once you have done that, you must add it to the PATH variable, which can be easily done through the command line. This means that the installation process of Flutter is not quite straightforward.

The documentation of React Native is decent, but the issue is that the documentation is focused more on experienced and mature developers who are familiar with JavaScript. You can see that some important features such as navigation are not well documented. In addition, finding information on creating native libraries can be quite difficult in the case of React Native.

It is safe to say that there are no clear winners or losers in the battle between Flutter and React Native. React Native is an ideal tool for building sophisticated cross-platform applications. If your app development project is deeply rooted and large, it is best to use React Native.

The hot reload feature and built-in native components of Flutter make it an ideal tool for iteration. Flutter is the perfect tool for building UI-Centred apps and MVPs in a short period.

Talk to our WAM experts, to help with mobile application development strategies and more. Why do insurance companies need a mobile app, and what features do they need in it? 10 Reasons to have mobile app solutions for hospitality business functions Why organizations should adopt Cloud-Native Applications